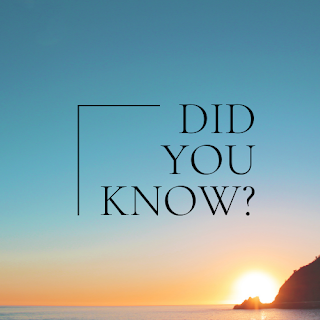 DID YOU KNOW? New scientific understanding is being used for a highly bespoke, precision approach to preventative health. Drawing on methods used by NASA and in Nobel Prize-winning research, there’s a world of treatments designed to enhance bioresilience – our physiological ability to withstand threats – and promote “molecular wellness”.
DID YOU KNOW? New Jersey, New York, California, Connecticut, and Illinois rounded out the top five states experiencing an outflow of residents to other locales, according to United Moving.....most were due to retirement as we are in the peak babyboomer retirement era. In the 3rd quarter of 2020, about 28.6 million Baby Boomers – those born between 1946 and 1964 – reported that they were out of the labor force due to retirement, 3.2 million more Boomers than the 25.4 million who were retired in the same quarter of 2019. The top retirement destinations in 2020 included Arizona, Delaware, Florida, South Carolina, and Wyoming. The SALT tax deduction limit in higher-tax states was a key reason to move to low or no-tax states. But no state operates for free....A state that bypasses revenue from income might make up the difference in other ways, including higher sales taxes or property taxes. And as some areas experience soaring demand, home prices are soaring too which raises tax valuations. Some fast-growing states are also dealing with inadequate infrastructure, schools, etc to support large influxes of people......somoeone will have to pay for all of this.
DID YOU KNOW? In the U.S, drivers lost an average of 99 hours in traffic in 2019. Areas where there is little public transportation are reporting increased congestion and inadequate road systems. Areas that rely on sprawl instead of density have to contend with sharp increases in individual car usage.
Posted by Mr. Redwood Shores at 1:56 PM